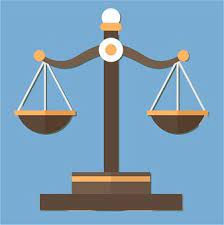 Recently, politicians have attacked our freedoms and rights in the name of public health. The most recent was the removal of the intellectual property on the vaccines against the coronavirus disease. The idea is that it is available to all, but already, the vaccine is given freely to Americans, but pharmaceutical companies should be allowed to protect their formula so they could license it to other countries or companies. It was removed to protect health, but it sets a dangerous precedent and authors should be outraged. If pharmaceutical companies could lose their intellectual property, authors could too, namely their copyrights on books or cookbooks.

The Constitution guarantees Americans the right to pursue property. Intellectual property is still property. Patents, trademarks, copyrights, software coding, music, art, formulas and much more are protected and should be allowed to be retained. In Sept. 11, 2001, we started losing rights in the name of security. Now, we are losing more rights because of public health. Once we lose our rights, we do not get them back. We must protest these rulings. We have the power because the "Pen is mightier than the sword." We have the protection of free speech. We are allowed to protest these rights violation in print and on the Internet. We can fight public figures because of  Sullivan vs New York Times, which said that public figures must prove actual malice by journalists and authors. There also was a case where the Supreme Court ruled the Internet is more like print than broadcast and is protected. We could lose our right to market our companies or nonprofits.

As authors and journalists we should support pharmaceutical companies that want to protect their vaccines and right to make money on their property. Publishers might soon be denied the ability to sell their rights to musicians, film studios or foreign companies. In fact, already libraries and schools have removed Dr. Seuss books from their shelves to avoid offense. What about the offense that it harms authors? We already have to fight the competition of sites, such as fivvr.com that downplays the value of our skills. Should we have to fight our government too?

We must fight these attacks on our freedoms and rights. It is wrong and could lead to a dictatorship, censorship of our voice, and a bleak world for Americans.

Popular posts from this blog

Leave Your Comfort Zone, Find Another Approach to Writing

June 28, 2020
This pandemic has changed how we do things. We can't shop or get our hair cut the same way we used to do. We have to be constantly on guard. It makes all of us uneasy. We don't feel like we are in control. However, the situation reminds us that success comes when we break from our comfort zone. Motivational speakers will tell you to do just that. Breaking from our comfort zone also is important to writing. If you are too comfortable or you have too much of a routine, your writing will get stale or you might not reach for that opportunity that could open doors for you. Here are ways to improve your writing and marketing . Go Online – The pandemic has moved almost everything online. Meetings, work and shopping are now happening from the comforts of our home. If you are afraid to market your book via online channels, you are missing a major opportunity to reach more people who might want to buy your book. Digital marketing has increased over the last f
Post a Comment
Read more

March 09, 2020
In northern states, changing the clocks ahead allows for more light in the evenings, which makes people more productive in spring and summer. People in the north like to go out in the sunshine after spending winters locked indoors. Southern states don't have much of a winter. Although it might be cold, it doesn't snow and is not dark on a daily basis. They have sunshine all the time. I have lived in Pennsylvania, New Jersey, Maryland, Arizona and Florida. In Maryland, New Jersey and Pennsylvania, I felt the benefits of Daylight Savings Time although it still hindered my inspiration and writing. More on that later. Arizona doesn't change the clocks. It was great not having to worry about changing clocks, but I noticed no difference in the light without Daylight Savings Time. I don't agree that Florida should change clocks. The state has so much sunshine that it could be similar to Arizona and feel the same whether clocks are changed or not. Becomes False Benefi
Post a Comment
Read more

Things to Do While Stuck at Home

May 15, 2020
During this time, Americans are stuck at home. Even though many states are allowing stores and other businesses to open, people are not flocking to the gathering places. They are still afraid to catch a virus or disease. Many people are bored and trying to come up with things to do . Here are some tips for you. Home Projects Now is the perfect time to tackle those home projects. You could do spring cleaning and declutter your home. If your project involves more than cleaning, you also could order from Home Depot online or another retailer and get materials for your projects delivered to your door. If you want to put up new shelving in your closet, you could get the materials and begin hammering away. Just avoid making disasters in your home. Discover New Things So many videos are available online that you could learn almost anything while you are at home. You could learn a new language or a new skill. I want a patio for my back yard. I am not handy. Neither
Post a Comment
Read more